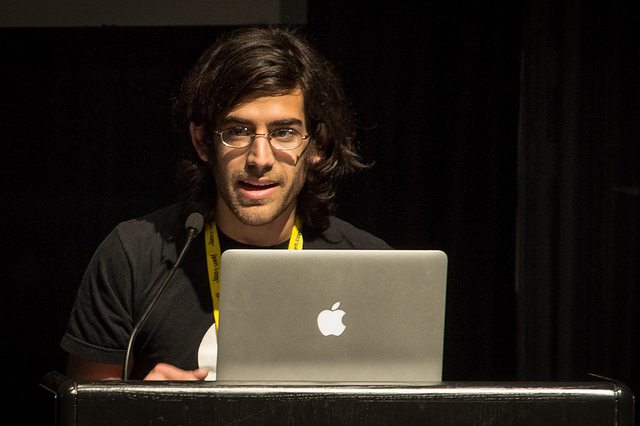 British computer scientist and activist Lauri Love is a victim of prosecutional overreach by the USA. This process consists of multiple charges being thrown at a defendant to force them to agree to a plea bargain in the hope of avoiding a life in jail. And this is exactly what happened to Aaron Swartz – a man whose fate is very much tied up with Lauri Love’s.

Here’s what happened to Swartz, and what the US Secret Service and Anonymous hacktivists had to do with his case.

As The Canary previously reported, American IT genius Aaron Swartz was threatened with decades of imprisonment for allegedly downloading five million academic articles via a Massachusetts Institute of Technology (MIT) server. After two years of effective bullying from the US justice system, Swartz’s lawyers were apparently considering the prospect of a short jail term in exchange for a guilty plea. But Swartz didn’t want to do any jail time, and was concerned that if the case went on any longer it would bankrupt his family. He then took drastic action, ending his own life.

Imprisoned hacktivist Jeremy Hammond said, in a statement released from his prison cell:

The tragic death of internet freedom fighter Aaron Swartz reveals the government’s flawed “cyber security strategy” as well as its systematic corruption involving computer crime investigations, intellectual property law, and government/corporate transparency. In a society supposedly based on principles of democracy and due process, Aaron’s efforts to liberate the internet… make him a hero, not a criminal. It is not the “crimes” Aaron may have committed that made him a target of federal prosecution, but his ideas – elaborated in his “Guerrilla Open Access Manifesto” – that the government has found so dangerous. The United States Attorney’s aggressive prosecution, riddled with abuse and misconduct, is what led to the death of this hero.

Hacktivist network Anonymous soon launched ‘Operation Last Resort’, demanding “reform of computer crime laws” in light of Swartz’s death. The operation saw a series of low-level attacks, such as the hijacking of MIT’s website with a memorial message.

It also defaced the Sentencing Commission website, including the following extract from a longer statement:

Two weeks ago today, a line was crossed… Aaron Swartz was killed… Killed because he was forced into playing a game he could not win – a twisted and distorted perversion of justice – a game where the only winning move was not to play.

And there was a warning of further action – of so-called cyber “warheads” – if the Government failed to act. (See this video for more.)

On 28 January 2013, members of the House Oversight Committee sent an open letter to US Attorney General Eric Holder, posing questions about the government’s prosecution of Aaron Swartz. The deadline the letter gave for a response was 4 February.

On 3 February, the Anonymous account @OpLastResort tweeted that a pre-attack action had been designed to highlight the 4 February deadline. When that deadline passed and the Government had not responded, Anonymous launched another attack (see this video).

The hacktivists then attacked the Alabama Criminal Justice Information Center website and went on to publish a file allegedly containing public and private phone numbers, addresses, email addresses, and password hashes of some 4,000 senior executives of the banking industry. They also went on to hack websites of firms associated with Stratfor.

On the one year anniversary of Swartz’s death, Anonymous launched more attacks, targeting MIT, the US Federal Reserve, and the Alabama Criminal Justice Information Center.

But why was the US Secret Service involved in Swartz’s prosecution? Why did MIT seek to prosecute him even though JSTOR had declined to pursue its own action against him, asking the government to drop its prosecution in the process? Why did federal prosecutor Carmen Ortiz choose to make an example of him even though state prosecutors had planned to let him off with a stern warning? And why was he threatened with up to 50 years imprisonment by Assistant US Attorney Stephen Haymann, even though Ortiz later switched to a plea bargain that would have seen him serve just six months jail?

Why was the government so intent on pursuing his case?

The Huffington Post, citing a “source close to the investigation”, reported that it was the local police which had brought federal officers into the Swartz case.

From the final, closing court document relating to the case, the following ‘spooks’ were present at the Swartz prosecution:

For more on why the Secret Service was so interested in Swartz, and a final comment from Lauri Love, see Part Three of this article which will be released on 5 October. Also, see Part One for more background on Lauri Love.

Make a difference - support The Canary with a monthly donation:

Read more in our recommended book:

No Place To Hide: Edward Snowden, the NSA and the surveilance state by Glenn Greenwald

While the far-right peddles hate, one Devon town reminds us what compassion looks like [OPINION]

Donald Trump reveals what he would do in his first 100 days as President... and wow, just wow [VIDEO]

A Tory MP has a brilliant plan for her £12bn budget, it's just a shame it's probably illegal

French police evict thousands of refugees in Calais, but fail in one big area [TWEETS] 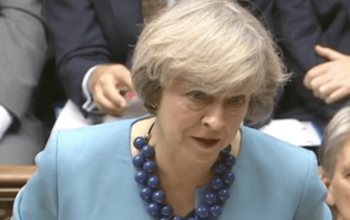 Jonathan Pie slams Theresa May over the NHS, and this time she needs to 'f*cking listen' [VIDEO]

John McDonnell responds to Labour's mass purge of Corbyn voters, and he isn't f*cking about [TWEET]

Here's what happens when you speak out of line in Singapore