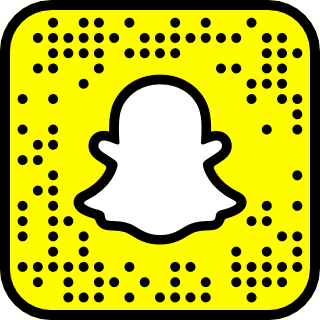 Today Is Skynet's 19th Anniversary, Which isn't Real (Yet)

Who can forget August 29, 1997? 19 years ago today, the artificial intelligence known as Skynet became self-aware, decided to start terminating all of humankind – and launched a bunch of nuclear missiles, devastating most of the planet. Humanity’s survivors eventually referred to this catastrophic event as “Judgement Day.” And for decades robotic assassins traversed the planet (and various time-periods) to wipe every living person. But thank goodness it didn’t really happen.

The discussion around the goals of Skynet is endlessly fascinating, but one thing is certain: Skynet would have destroyed us.

Not content with that date, last summer’s generous verb-altering jamboree Terminator: Genisys also amended the date Skynet started to get down with its human-killing, bad self.

In that version, Skynet is an app called “Genisys,” which is also a holographic child, and, bizarrely, a full-grown man, played by former-Doctor Who hero, Matt Smith. The latest Terminator postulated the real date of Skynet’s take over is now sometime in 2017. Next year! Watch out!

So today, celebrate the fact that you’re not under iron rule of “the machines,” and also remember to pour one out for Sarah Connor, John Connor, and Kyle Reese.

A new synopsis for the offical Rogue One tie-in novel — Catalyst — has just revealed exactly how and why Galen Erso (Jyn’s father) designed the Death Star. Basically, he owed Orson Krennic some favors and totally believed his research would be “used in purely in altruistic ways.”

Though Rogue One will take place just before the original Star Wars film — A New Hope — this prequel novel will be set decades before, largely during the Clone Wars. It also focuses on the fact that Galen Erso and Orson Krennic were actually buddies before the latter presuambly started wearing a big white cape and running death squads for the Empire. For the most part, this sounds like Jyn Erso will be a child in this novel, but that we’ll definitely get more details as to why the trailers tell us she’s been “on her own” for so long.

Revealing Jyn’s father is responsible for helping create the Death Star isn’t really a surprise, considering we already had a direct reference to Mads Mikkelsen’s character sending messages to the Rebellion in the international trailer for Rogue One. But this synopsis totally confirms this to be true, as well as asserting the detail that “the Erso family is deeply in Krennic’s debt.”

As with all prequel shenanigans, matching up plot points with existing media is a little tricky. In Attack of the Clones, Count Dooku already has some blueprints for the Death Star. Does that mean Galen Erso was buddies with Count Dooku, too? In fairness, the writer of this tie-in book is James Luceno, who is a longtime Star Wars novelist and totally excellent at walking these kind of continuity headache-creating tightropes. Though, his biggest challenge will probably to convince the reader that a scientist in the Star Wars galaxy was just randomly developing “energy research,” which he weirdly believed wouldn’t be turned into the Death Star.

Catalyst (Star Wars): A Rogue One Novel will be published by Del Rey on November 15, just a month before Rogue One hits the theaters.

Stranger Things Season 2 will feature a few new faces — Netflix is being cagey about the whole thing, but it looks like three new characters will be joining the once-sleepy town of Hawkins, Indiana.

Series creators Matt and Ross Duffer teased some new characters when they officially announced Season 2, and a new report suggests that casting is under way.

Netflix representatives told Inverse the news was not confirmed. Still, TV Line reports that sources who are allegedly in the casting world say three new characters are on the way: “Max,” “Billy,” and “Roman.”

Per the TV Line report, Billy is a “very muscular and hyper-confident Camaro-driving” male. He seems like he’ll be the perfect foil for the newly redeemed pretty-boy Steve Harrington.

Another new character, Roman, is a “thirtysomething gender-neutral role,” and the character has “suffered a great loss at an early age and has been seeking revenge ever since.” Does that sound vaguely like a non-vegetable version of Terry Ives, the MK Ultra test patient who may or may not be Elevens mother, or what?

But it’s the third character TV Line describes that’s the most perplexing. Max — who will probably turn out to be the person the second season’s first chapter “Madmax” refers to — is described as a ‘tough and confident 12-14 year-old female whose appearance, behavior and pursuits seem more typical of boys than of girls in this era.’” It also points out that she “eschews Hawkins primary mode of transportation — the bicycle for a skateboard, which she uses to get around everywhere.”

Stranger Things nerds will likely infer that the tomboyish Max will fill the void left by Eleven after Season 1’s telekinetic hero mysteriously sacrificed herself to defeat the Demogorgon in “The Upside Down.” But Max seems like just another kid at Hawkins Middle School instead of a Hawkins National Laboratory test subject. After all, she doesn’t have a numbered name to suggest that she was caught up in Dr. Brenner’s mind-altering experiments either.

El needs to come back.

Since El’s fate is very much up in the air right now (even though she’ll inevitably return), Max might be the non-weirdo that Mike, Lucas, Dustin, and Will need to cope with the loss of their weirdo friend.