Call for Ray Bradbury to be honoured with internet error message

A new status code to reflect internet censorship could be named after Ray Bradbury's most famous novel, Fahrenheit 451 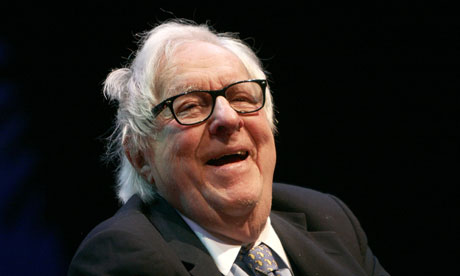 Ray Bradbury's fiction looks set to enter the structure of the internet, after a software developer has proposed a new HTTP status code inspired by Fahrenheit 451.

Tim Bray, a fan of Bradbury's writing, is recommending to the Internet Engineering Task Force, which governs such choices, that when access to a website is denied for legal reasons the user is given the status code 451.

There are already a host of HTTP status codes, from the common 404 Not Found to 504 Gateway Timeout. The 451 idea follows a blogpost from Terence Eden, who found that his ISP had been ordered to censor the Pirate Bay when he was given an HTTP 403 Forbidden message, meaning that "the server understood the request, but is refusing to fulfil it". In fact, Eden writes on his blog, it was not Pirate Bay that was preventing access but the government, after Britain's high court issued an order to ISPs to block access to the filesharing site in April, so the response was "factually incorrect", and a new code is needed to indicate "censorship".

451, Bray believes, would work nicely, as it would provide a tribute to Bradbury as well as reminding users of the dystopian future predicted by the science fiction author. Bradbury died earlier this month, leaving behind an oeuvre numbering hundreds of short stories as well as the novels Something Wicked This Way Comes, The Martian Chronicles and Fahrenheit 451, which tells of a world where books are banned and burned and fireman don't put fires out but start them.

"We can never do away entirely with legal restrictions on freedom of speech. On the other hand, I feel that when such restrictions are imposed, they should be done so transparently; for example, most civilised people find Britain's system of superinjunctions loathsome and terrifying," Bray told the Guardian. "While we may agree on the existence of certain restrictions, we should be nervous whenever we do it; thus the reference to the dystopian vision of Fahrenheit 451 may be helpful. Also, since the internet exists in several of the many futures imagined by Bradbury, it would be nice for a tip of the hat in his direction from the net, in the year of his death."

The Internet Engineering Task Force is likely to look at his proposal when it next meets in late July, Bray said. "This is a smart and conservative group and it's possible that someone will point out a fatal flaw in the idea, or that while such a status code is sensible, the number '451' is inappropriate for technical reasons. I'd be mildly surprised, but not too terribly; designing the internet is hard," said Bray. "On the other hand, assuming the IETF smiles on the idea, the work of deploying it in web servers and browsers would be easy and straightforward, and I would expect to see fairly rapid uptake."

It's not clear whether Bradbury would have welcomed a proposal to honour his memory in an internet error code. He said in an interview in 2009 that "the internet is a big distraction". "They wanted to put a book of mine on Yahoo! You know what I told them? 'To hell with you. To hell with you and to hell with the internet.' It's distracting," he told the New York Times. "It's meaningless; it's not real. It's in the air somewhere."

Call for Ray Bradbury to be honoured with internet error message

Writing classes from the Guardian

Latest news and views from the Guardian's books team

Have your manuscript read