Only Edward Snowden Can Save James Bond

James Bond is doomed. But his undoing will not come from the Special Executive for Counterintelligence, Terrorism, Revenge and Extortion, or Ernst Stavro Blofeld, or a jilted Bond girl.

Bond is doomed because early in the movie Spectre, the otherwise benevolent Q, muttering something about nanotechnology and microchips, injects him with “smart blood.”

“Smart blood,” Q tells us, allows MI6 to track Bond absolutely anywhere he goes in the entire world. Presumably it turns his circulatory system into a radio, battery, and powerful antenna all in one, and is irreversible. For Bond, constantly broadcasting his location makes it virtually impossible to sneak around.

Sure, in Spectre, he manages to slip off the grid temporarily — thanks to Q’s plot-friendly indulgence. But long term? Even assuming that only MI6 can lock onto his bloody beacon and that MI6 can’t be hacked, his bosses will still always know where he is. And trusting in the security of government computer systems, as the movie demonstrates, is probably not a good idea.

There is no such thing as “smart blood,” of course. But it’s a pretty good metaphor for those omnipresent tracking devices that, in real life, have become a de facto extension of our bodies: our phones.

Most of us have no choice any longer but to carry mobile phones, even though they rob us of our locational privacy. For Bond, his very blood now robs him of his M.O. Smart blood equals geospatial emasculation.

And there’s another way that Spectre makes a valuable contribution to the typically staid public discourse about the surveillance state.

The standard inside-the-Beltway arguments about surveillance assume there’s a tradeoff between national security and privacy. But Spectre emphatically asserts that you can do more harm with total information than you can good.

Knowing everything about everyone is actually of limited use to the good guys. But it’s hugely useful to the bad guys — be they extortionists, terrorists, or power-mad bureaucrats. And if it’s collected, somewhere, be assured the bad guys can get their hands on it.

While Bond is pursuing his super-villain, his boss M wages a losing bureaucratic war with C, who’s more of an NSA/GCHQ type. M inevitably describes the massive surveillance network that C is building as “George Orwell’s worst nightmare.” In response, C literally laughs at M’s devotion to the quaint notion of “democracy.” Subtle it ain’t, but the central point — that ubiquitous surveillance is an inevitably totalitarian tool, not just inappropriate for democratic society, but actively inimical to it — is often underappreciated in the current debate.

The timing of the movie is extraordinarily propitious, especially in Britain, which is already much more of a surveillance state than the U.S. — with one surveillance camera for every 11 people. A draft Investigatory Powers Bill unveiled just last week would institutionalize profound invasions of privacy, from snooping on domestic web-browsing histories to bulk hacking.

Way back in 1998, science-fiction author David Brin published a influential non-fiction book called The Transparent Society in which he argues that limiting the collection of information is futile, and that therefore the only solution is to share the powers of surveillance with the citizenry — enabling the public to watch the government as well as the government watches the public. It’s a nice idea, but so unrealistic that Spectre’s more dystopian vision actually seems more plausible.

What if mass surveillance by an ostensibly beneficent national government really means that whatever the government collects is de facto transparent to SPECTRE, SMERSH, Kaos, the mob, the cartels, Carlos the Jackal, ISIS, and Vladimir Putin?

M is an imperfect messenger, calling as he does for a return to the traditional core value of assassination mano a mano — but he makes a powerful argument, on purely pragmatic terms: “All the surveillance in the world can’t tell you what to do next.”

The movie also shows us what kind of hero we need to prevent such a dystopian future — and it isn’t Bond. It’s Q, who bears a striking resemblance to Edward Snowden.

Sure, Q starts off by forever damning Bond to life as a radio antenna on a virtual tether, but he turns out to be a geek with an unshakeable moral center. With his heavily be-stickered laptop, he transforms in Spectre from outfitter of nifty death machines to white-hat hacker, singlehandedly bringing down a surveillance network that threatens the free world. 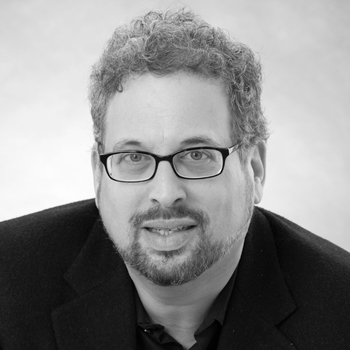 The Intercept has obtained a cache of secret documents detailing the inner workings of the U.S. military’s assassination program in Afghanistan, Yemen, and Somalia. The documents, provided by a whistleblower, offer an unprecedented glimpse into Obama’s drone wars.

The whistleblower who leaked the drone papers believes the public is entitled to know how people are placed on kill lists and assassinated on orders from the president.

Decoding the language of covert warfare.

New details about the secret criteria for drone strikes and how the White House approves targets.