Take over the skies with this SKEYE Mini Drone + HD camera! 👾

Last month, US robotics firm Megabots challenged its Japanese rival Suidobashi Heavy Industry to a duel between their giant robots. When Suidobashi accepted on the condition that the bots must engage in melee combat, Megabots realized it needed a little financial help.

The firm has launched a Kickstarter campaign to raise funds so it can upgrade its mighty Mark II robot and increase its armor, speed and hand-to-hand fighting abilities.

The team has set a starting goal of $500,000 to cover these enhancements, which will help it engage Howe & Howe Technologies to make the Mark II twice as fast as Suidobashi’s Kuratas bot.

A stretch goal of $1,000,000 will allow Megabots to work with the award-winning team at IHMC Robotics to develop a balance control system that will help keep the Mark II upright through a gruelling fight.

If it can raise $1,250,000, Megabots will be able to rope in NASA to help build safety systems for the cockpit, where a human operator will sit, control the Mark II and hopefully survive the duel.

Backers will receive rewards like Mark II-themed stickers, posters, a custom character in the free-to-play cross-platform game Robocraft, t-shirts and even a 3D-printed model bot.

Larger sums of cash will score you a chance to ride Mark II on an obstacle course, test its weapons on a car and join the pit crew during its epic battle with Kuratas.

Read next: Giant American and Japanese battle robots are going to fight…for real 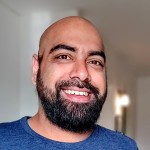 Abhimanyu is an avid gamer, street food gourmet and design connoisseur. Hit him up on Twitter, his site, or via mail: abhimanyu@thenextweb.com.

Say thanks or boo to Abhimanyu

20.98
See all Gadgets
See all stories by Abhimanyu

Deal of the day

Master data analytics with 85% off this training bundle

The complete guide to backing up your computer properly

How to use personal drones legally: A beginner’s guide

How to raise prices without ruining your business

How mobile is bridging brick and mortar’s data gap

The better way to use stock photography

Jamstik+ review: Not quite a guitar replacement, but a great tool for beginners

How to find your company’s purpose

When will Google index a googol Web pages?

How to make things people want

This is what you get for sending 27 million Facebook messages

Master data analytics with 85% off this training bundle

Let the news come to you.