The late Carl Sagan, renowned astrophysicist and former host of Cosmos, reportedly used marijuana. He also had a lot of questions about the scientific validity of the war on drugs, according to papers recently published by the Library of Congress and compiled by Tom Angell, founder of the pro-legalization Marijuana Majority.

In a 1990 letter to drug policy reformers, Sagan suggested that reformers organize themselves to rebut Partnership for a Drug-Free America commercials that he felt "routinely make gross distortions of the scientific facts." 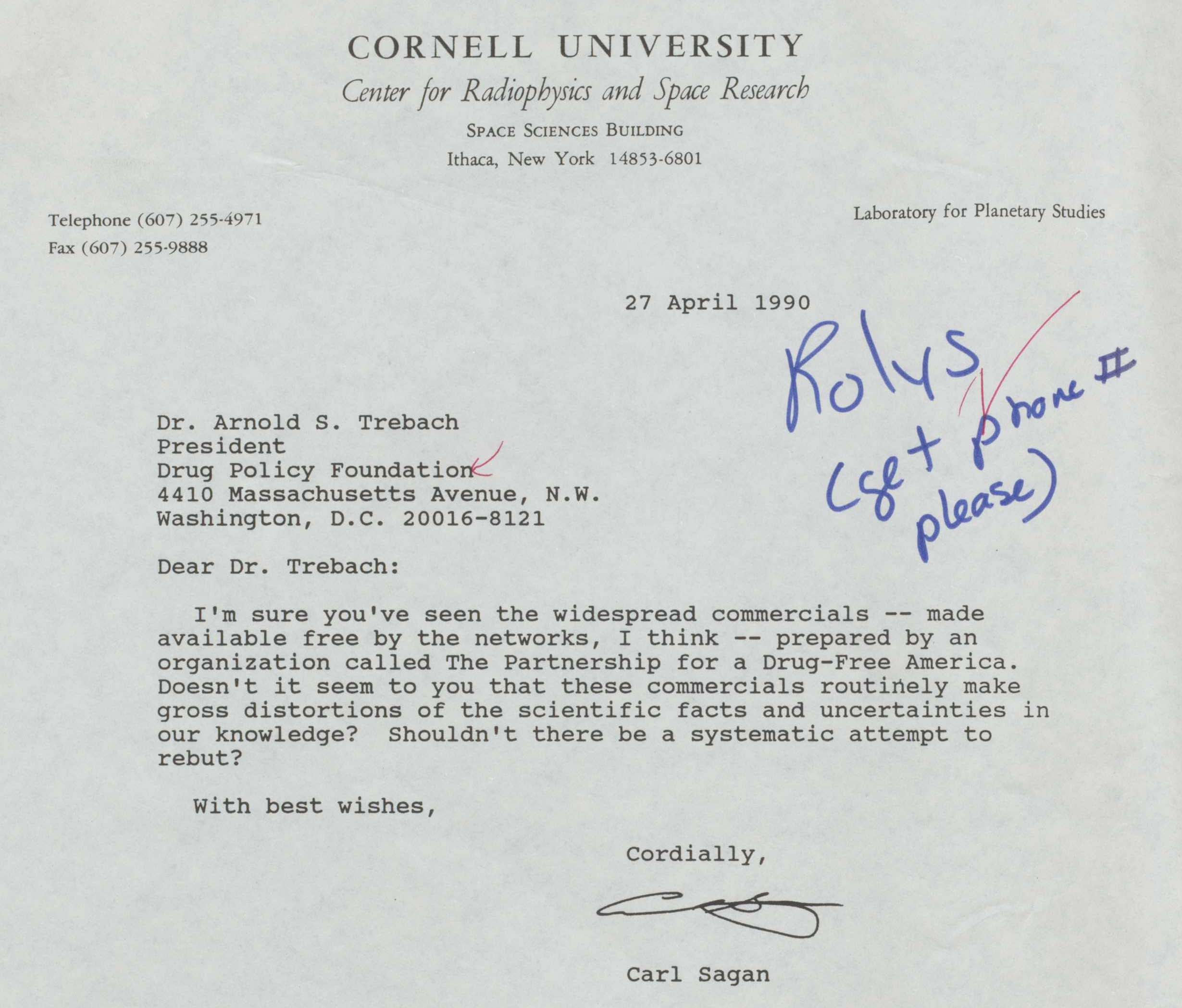 In another letter from the same year, Sagan posed a series of still-relevant questions about the war on drugs, including whether alcohol and tobacco kill more people in the US than other substances. (They do.)

Ann Druyan, co-writer of Cosmos and Sagan's wife, told Angell in an interview published at Marijuana.com that the perceived disconnect between marijuana prohibition and the science of pot was "something that particularly infuriated Carl as a scientist." She explained Sagan was troubled not only by the "bad civic engineering but the very bad science behind prohibition."