Body upgrades may be nearing reality, but only for the rich 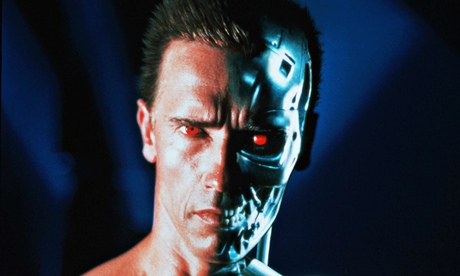 Arnold Schwarzenegger gets upgraded to a killer robot in Terminator 2

Homo sapiens were not always so special. In the ancient past, other human forms lived beside us. The Neanderthals in Eurasia. Small, hobbit-like humans in Indonesia. The mysterious Denisovans in the Ural mountains.

But our time alone may be nearing its end. Through the power of technology, humans are set to take on the role of Intelligent Designer. We can upgrade ourselves and surmount evolution. Ultimately, we can become entirely new beings that set the stage for a posthuman future.

The scenario has played out for decades in science fiction but the prospect is raised more seriously by Yuval Noah Harari, an Israeli historian, in his latest book, Sapiens. In it he sees trouble ahead. The latest human enhancements will be accessible only to the rich, leading to a 21st-century society more unequal than any that came before.

The revolution Harari has in mind is borne of engineering and exploits mechanical, electronic, chemical and genetic progress. In place of treatments that correct biological deficits, like failing hearts, poor hearing and weak eyesight, will be procedures that improve on natural performance, making the fortunate recipients biologically better than the rest.

"In the 20th century, the main task of medicine was to bring everybody to a certain level of health and capability. It was by definition an egalitarian aim," Harari told the Guardian. "In the 21st century medicine is moving onwards and trying to surpass the norm, to help people live longer, to have stronger memories, to have better control of their emotions. But upgrading like that is not an egalitarian project, it's an elitist project. No matter what norm you reach, there is always another upgrade which is possible."

The haves and have-nots are far from new. Cochlear implants which wire directly into the auditory nervous system have transformed the lives of a minority of deaf people. But they cost £40,000 apiece. Similarly, genetic tests that radically change patient care are beyond the means of many individuals and countries' healthcare systems.

Harari argues that as science progresses the upgrades that become available will increasingly widen the gap between rich and poor. Research on implantable devices called brain-computer interfaces (BCIs) are in trials to help disabled people move their defunct limbs or robotic prosthetics. 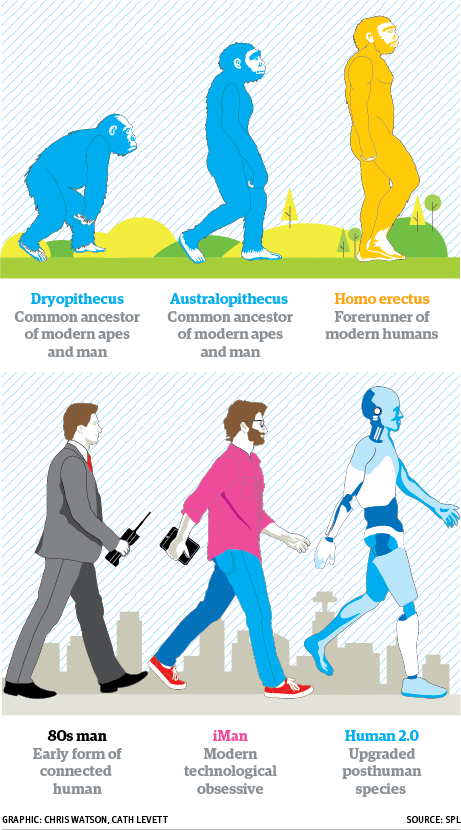 More advanced devices could link people's brains directly to the internet, giving them vast and faithful memory storage, and seamless access to information, even if that does include endless footage of cats in hats.

Work is ongoing into BCIs that connect many brains at once, allowing animals to cooperate by accessesing each others' brain power - work which raises deep questions about the future meaning of identity.

Genetic engineering will be more disruptive still. A new genome editing procedure called Crispr has given scientists their first real hope of making safe, precise changes to the human genome. They have already used it to correct cells with genetic faults that cause cataracts and cystic fibrosis. Similar therapies might allow improvements to human performance.

Western history has made many of today's researchers flinch at studies into the genetic basis of intelligence. But the Beijing Genomics Institute, the world's largest genomics research centre, has taken on the job . If the project bears fruit, it might drive attempts to boost human intelligence by genetically modifying embryos.

George Church, a geneticist at Harvard University, suggests another radical possibility. He has developed tools that can scramble the genetic code leaving it functional but unrecognisable to invading viruses. His first goal is to engineer a bacterium that is resistant to viral infection. But he does not dimiss the possibility of changing human DNA too – leading to a biologically new kind of human.

"In the 21st century, there is a real possibility of creating biological castes, with real biological differences between rich and poor," said Harari. "The end result could be speciation. We're used to being the only human species around, but there is no law of nature that says there can only be one species of human. With this kind of upgrading treatment we could have, in the not too distant future, more than one human species on Earth again."

Anders Sandberg, a researcher at the Future of Humanity Institute at the Oxford Martin School, said that while technology might drive an evolutionary split in humankind, the divide would not separate rich and poor.

"Speciation might well happen, but instead of class, I think it'll be much more driven by culture. You might get a country that decides it wants to bring down its healthcare budget by subsidising an upgrade that makes people healthier. The end result might be that the Singaporeans become their own species. Or it could be a technological speciation, like Mac users versus PC users, which is probably even more horrifying," Sandberg said.

Harari says the rich will always have first access to the latest enhancements. "When the aim is to upgrade, by definition, you want to be better than others. So no matter how much the cost goes down, there will always be the next treatment which is only available to the rich. The differences might become so big that if you miss the train it will be too late."

Our editors' picks for the day's top news and commentary delivered to your inbox each morning.

Short link for this page: http://gu.com/p/4xbdb

Body upgrades may be nearing reality, but only for the rich